The Band came first in the third section of the 2011 Regional Championship Contest at Stevenage Arts and Leisure Centre on 20th March 2011.

As a result, they have been invited to compete in the National Championships in Cheltenham during the weekend of 24th and 25th September 2011.

The Band produced fine performances at the Stevenage contest in 2009, 2010 and 2011, consequently it has been promoted to the second section from 2012. 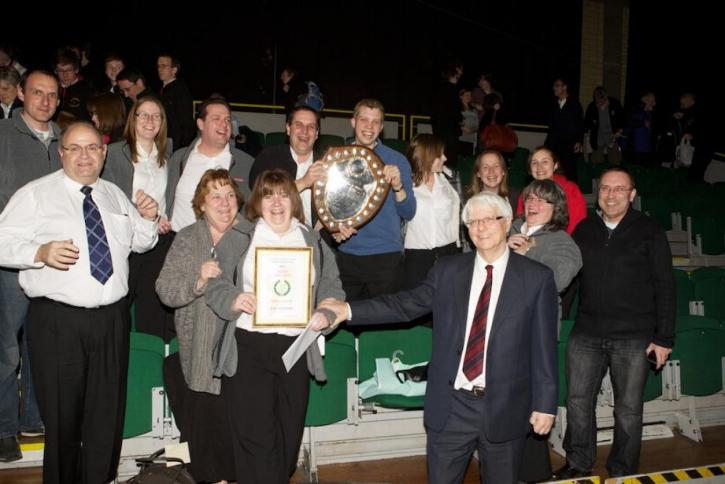 The Band were drawn to play number four in the contest and were somewhat apprehensive as they prepared to perform.Â  The main Sports Hall in the Arts and Leisure Centre is the venue for the contest and is well known for it’s intimidating acoustic.Â  Fortunately the players did not let this affect their performance and stuck to the interpretation of the piece that Keith had worked on over the preceding weeks.