The Band on Tour

BAE Systems Brass Band 2017 Tour to Belgium took place over the Bank Holiday weekend of Friday 28th April to Monday 1st May. The band stayed in Ghent and gave two concerts – one in Bruges and the other in Ostend.

Given that the band hadn’t been on tour for some years, Friday evening saw great excitement and anticipation on the coach as we set off to get the ferry from Dover. The whole journey to Ghent went off very smoothly with no hold ups and plenty of refreshment! We arrived at the Hotel Novotel Gent Centrum fairly late in the evening but the staff were excellent and we were quickly able to get into our rooms and then out and about.

Saturday dawned bright and clear with the intrepid Sian and Mike trying out the outdoor pool at 7.30 – my understanding is that it was rather on the cold side but given them their due, they used it every morning! Unfortunately, or fortunately, there are no photos available. The rest of the band struggled down to an excellent breakfast and then out sightseeing as Saturday was a free day. Ghent is noted for its wide selection of Belgian beers and waffles and nobody was in the slightest disappointed by what was on offer.

Sunday morning involved a coach trip to Bruges and a concert in one of the many squares in the afternoon. There was some concern as to whether Melvin White, our M.D. would arrive on time as he was coming over on a scheduled coach service leaving on Sunday morning. Fortunately, he arrived with about twenty minutes to spare and was able to conduct us through an excellent and well received concert in front of a crowd that had been swelled by the passengers from two cruise ships that had docked earlier in Ostend. After packing up, we all headed back to Ghent on the coach and then out to dinner.

Monday came around all too soon and all too quickly we were checking out of the hotel and on our way to give our second concert, this time on the Wapenplein Bandstand in Ostend. We were one of about a dozen bands that had been booked to play on the bandstand during the European Brass Band Championships weekend and, although the weather was none too pleasant, there were plenty of people watching and listening from the covered areas around the square. A smooth journey brought the end to a very pleasant weekend with the most frequently asked being, ‘When’s the next one?’ 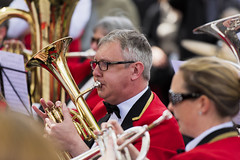 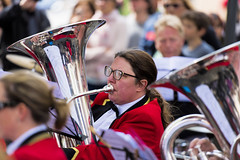 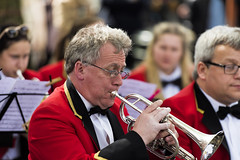 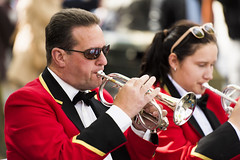 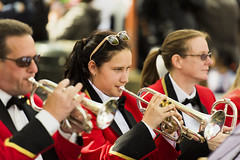 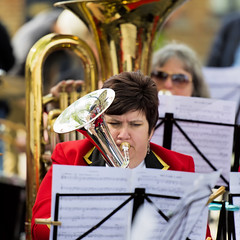 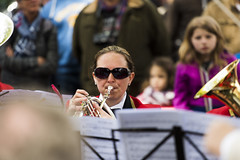 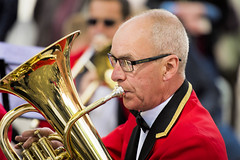 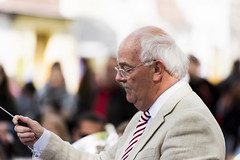 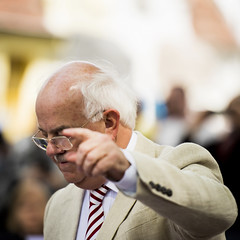 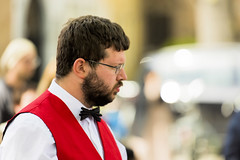 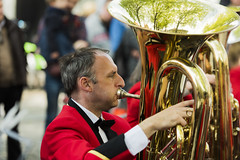 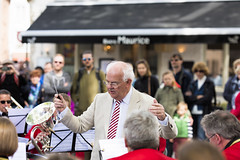 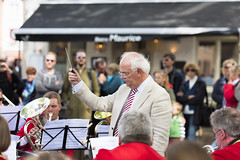 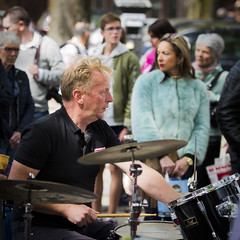 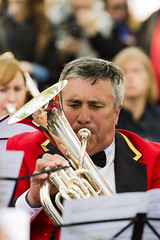 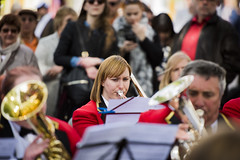 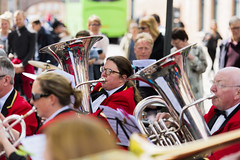 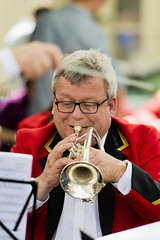 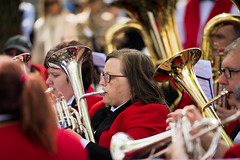