The band are delighted to have been placed 6th out of 18 bands in the 2nd Section at this year’s London and Southern Counties Regional Contest which took place at Stevenage Arts and Leisure Centre over the weekend of 16th and 17th March. Drawn to play 11th, the band were the 2nd to play after the interval and received very pleasing and encouraging comments from the two adjudicators. The result means that the band is now ranked 7th in the Second Section in this region, it also equals the band’s previous best placing in a regional contest. 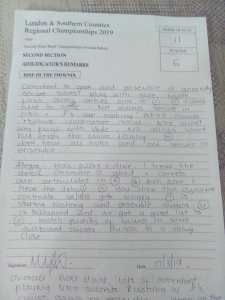 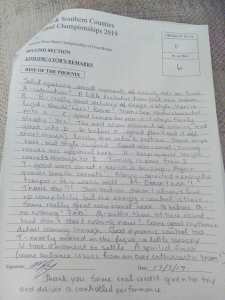 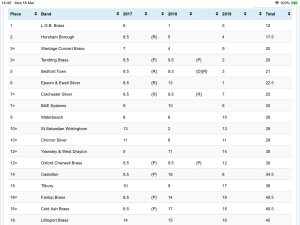