The band enjoyed its return to Marden Church for its second successive concert during the evening of Saturday 27th April. The concert, in a lovely setting, was attended by an appreciative and enthusiastic audience and the programme; which was loosely based around St. George’s Day, featured four soloists; Ian Lanceley, Alan Bristow, Phil Neeve and Abbie Bristow, who was performing her first ever solo with the band. The full programme was as follows:

Prismatic Light
The Standard of St. George
First Light
America and Somewhere from West Side Story
Mr Jums
Can’t Take My Eyes Off you
I’ll Walk With God
Symphonic Suite from Mary Poppins 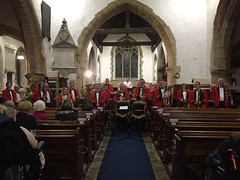 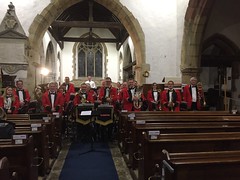 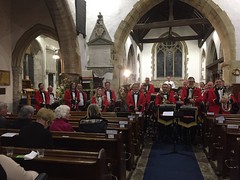 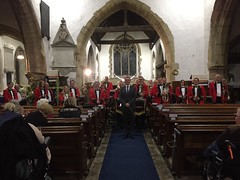