Broadstairs Bandstand is always an enjoyable venue for the band to appear at and this year was no exception. Our annual pilgrimage to Thanet took place on Sunday 23rd June in lovely warm, but not too hot weather, and we were able to play to a large and enthusiastic crowd who had gathered to watch us during the Broadstairs Dickens Festival. Opening with Prismatic Light, the band performed a varied programme which included 4 soloists from the band’s ranks and featured a march, original brass band music, musicals and film music. 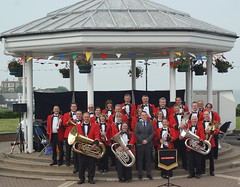 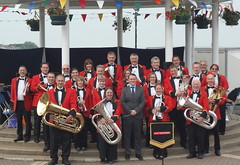