It was a good day at the office for the the band at the scaba Spring Contest at Reigate College yesterday.

In its first contest performance since January 2020 the band, competing in the 2nd section, came 2nd in both the test piece and the march competitions. The contest was held as one open section section and out of all of the bands taking place, BAE Systems Brass Band were 3rd in the test piece and 4th in the march.  On the day the band, as a part of its preparation for the Area Contest (19th March) , gave a run out to its set test piece – The Aeronauts by Goff Richards.

Thanks to scaba for arranging and organising yesterday’s competition, it was fantastic to play against our fellow bands once again and thanks also to Chris King for adjudicating.
Well done to everyone who took part – it’s not been an easy journey 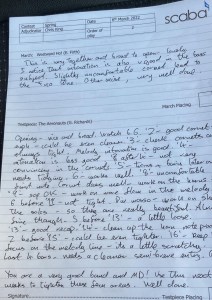 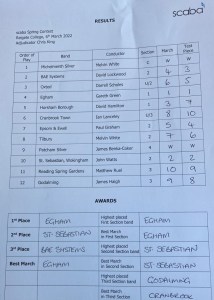