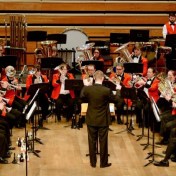 Sevenoaks February 2016 We began the 2016 season with a joint concert with Maidstone Wind Symphony and the Orbi Playa Big Band at The Space in Sevenoaks School. The highlight was accompanying trombone soloist Brett Baker playing Peter Grahams Radio City, and the stunning George Gershwinâ€™s â€˜I Loves You Porgyâ€™. 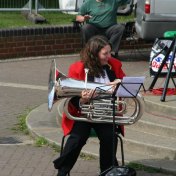 After such a poor start to the summer weather-wise, Broadstairs provided the band with ideal outdoor concert conditions. As a result, there was a large and appreciative audience who responded very positively to the band’s playing. 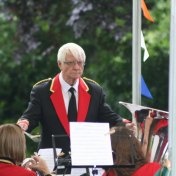 In a change to recent years, the band was based in the Vines for the Dickens Festival. The weather threatened to put a dampener on proceedings but fortunately the rain held off until the end of the last piece on the Sunday – then it poured down! 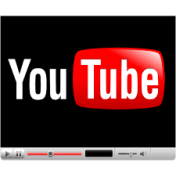 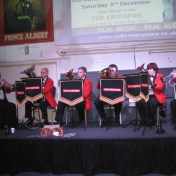 A number of members of the band performed at the Shepherd Neame brewery in Faversham.Â  The occasion was the Beer and Local Food Festival held in the Old Brewery Store during the day of the 2011 Faversham Lights switch on.Â  The group which varied between 7 and 9 players during the day played 3 sessions of carols and other Christmas… Read more »

Playing Philip Sparke’s Endeavour, the Band were placed third in the first section of the 2011 Autumn Contest at Folkestone’s Leas Cliff Hall on 8th October 2011. This was a particularly pleasing result on a difficult piece as the contest was held only two weeks after the Band’s performance at the National 3rd Section Finals in Cheltenham. 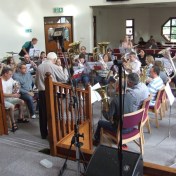 BAE Systems Brass Band qualified for the 2011 National Brass Band Championship and appeared in the 3rd Section at Cheltenham on 25th September 2011. The qualification came about by virtue of the band winning the Regional earlier in the year at Stevenage. Playing the set test piece ‘Darkness Visible, by Richard Grantham, the band finished 12th making it the highest… Read more » 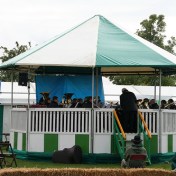 The Band performing at the Kent County Show in July 2011. This was the wettest weekend for a very long time and despite being on the top of Detling Hill, the Showground was mostly underwater. Fortunately, the Band was able to play on the bandstand and, as a result, managed to play for all of its sessions during the weekend. 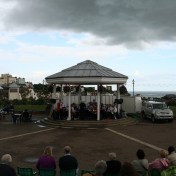 19th June 2011 was a very changeable day – one minute dry, warm and sunny and the next wet, windy and squally. The start of the concert was delayed for about ten minutes and the Band then managed to perform the first half of its programme before the heavens opened once again to send both the Band and the audience… Read more » 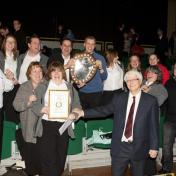 The Band came first in the third section of the 2011 Regional Championship Contest at Stevenage Arts and Leisure Centre on 20th March 2011. As a result, they have been invited to compete in the National Championships in Cheltenham during the weekend of 24th and 25th September 2011. The Band produced fine performances at the Stevenage contest in 2009, 2010… Read more »