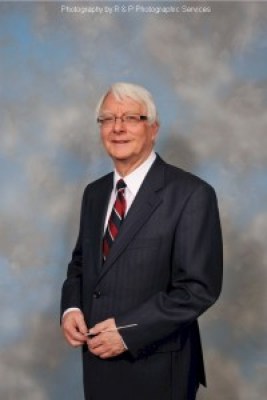 Keith’s love of music started in the Salvation Army as an eight year old when he was taught to play a brass instrument. Due to his father’s occupation Keith moved around Britain including stays in Wales and Scotland. Each time he changed areas and schools he had to play whatever instrument was available and spent some time studying all the instruments of the brass family.

He started training bands at the age of nineteen when he was in the RAF Music Service where he also studied the French Horn. After a period in the Royal Engineers Staff Band at Chatham he was employed as a peripatetic brass teacher for the Kent County Council education authority in the Swale area.

He later transferred to the Thanet area as the Head of the local music centre. After taking early retirement he continues to teach in schools in the east of the county.

For many years he was the senior tutor for the Kent Youth Wind Orchestra and taught at the Kent County Council Summer Music School courses for twenty-five years.

During his professional career Keith played in all kinds of groups: jazz, orchestral, wind bands, brass bands and small brass ensembles. His main love was conducting and training brass bands and he directed the BAE SYSTEMS band from 1988 until 2013.

Keith’s place of worship was the Salvation Army’s church in Canterbury where he was involved with the band and trained and conducted the youth band.

Sadly Keith lost his fight with cancer and passed away in early 2014. Keith’s main aim in life was keeping music a live experience and promoting original music composed for brass bands. This is something the band hope to continue in his memory.